According to Reuters, the U.N.’s human rights office said at least 70 people were killed in airstrikes that hit a wedding party and other areas of Yemen on Sunday evening. The U.S.-backed coalition fighting Houthi rebels has so far denied responsibility for the strikes., 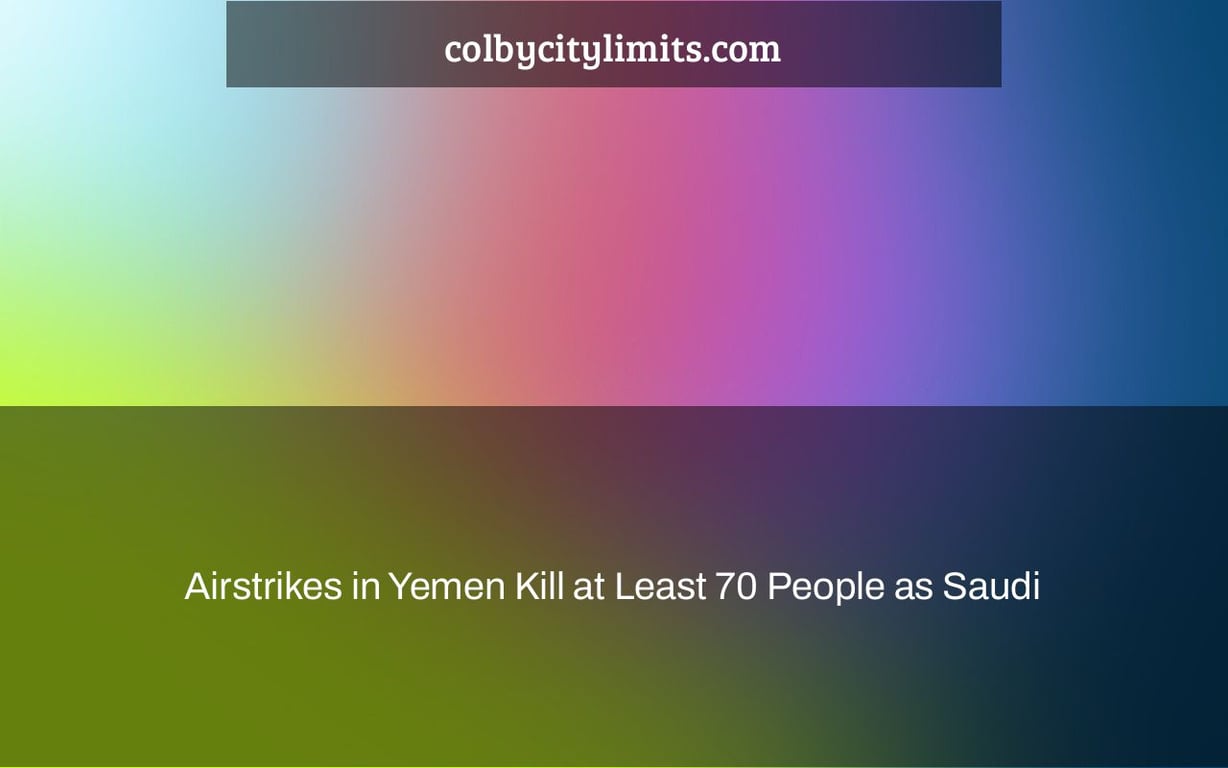 A jail was attacked by a Saudi-led coalition airstrike on Houthi-controlled territory in Yemen on Friday, killing dozens and wounding dozens more, according to the rebel group.

It’s the latest in a string of strikes on the Iran-aligned group, which claimed credit for fatal aerial attacks on an alliance ally, the United Arab Emirates, earlier this week.

According to the rebels, the attack targeted a temporary detention facility in Saada, a tiny town north of the country’s Houthi-controlled capital San’a. Doctors Without Borders, or MSF, stated that almost 200 people were brought to the main hospital in Saada, including 70 who died, forcing it to seal its doors despite the fact that many corpses remained at the strike site.

“It’s hard to say how many people have been murdered,” said Ahmed Mahat, the director of MSF’s Yemeni mission. “It seems to be a heinous act of brutality.”

The Saudi coalition did not claim credit for the strike right away. The coalition is the only known actor in the region that has carried out airstrikes.

“We take this claim extremely seriously, and it will be thoroughly examined,” said coalition spokesperson Brig. Gen. Turki al-Malki. “It would be improper to say more while this is underway.”

The bombing, one of the worst in the conflict, is part of a dramatic weekly escalation of Yemen’s seven-year war amid stymied international efforts to negotiate a cease-fire between the Houthis and the Saudi-led military coalition.

The increased conflict threatens to spread throughout the region after the Houthis launched a rare missile and drone strike on Abu Dhabi, the capital of the United Arab Emirates, a crucial member of the alliance, on Monday. The assault resulted in explosions on gasoline tankers and at a construction site near the airport, killing three people and sending shockwaves through a city that had established a reputation as a secure business haven in a difficult area.

The aftermath of the attack in Hodeidah on the telecoms facility.

The Houthis said the strike on Abu Dhabi was aimed at pressuring the UAE to halt its recent escalation in Yemen, where Emirati-backed forces retook the oil-rich region of Shabwa from the Houthis last week.

A subsequent bombing on Friday destroyed a telecoms facility in the port city of Hodeidah, resulting in an internet outage throughout the nation, with the exception of the southern city of Aden, which has a backup network. Four persons were killed in the Hodeidah assault, according to the Houthis. San’a’s airport was also attacked by airstrikes.

The assault on the jail happened a day after Hans Grundberg, the UN envoy for Yemen, visited Riyadh, Saudi Arabia, to criticize the recent escalation of violence.

“Civilian lives and infrastructure continue to be lost as a result of airstrikes, missiles, and drones, both in Yemen and in neighboring countries,” Mr. Grundberg said after meeting with Saudi Vice Minister of Defense Prince Khalid bin Salman and Yemeni Foreign Minister Ahmed Bin Mubarak, among others.

“This is jeopardizing the chances of a comprehensive political settlement and increasing Yemen’s humanitarian crisis,” he warned.

The Houthis claimed they will fight back on Friday.

On Twitter, Houthi spokesperson Mohammed Abdel Salam warned, “These killings will motivate our people to retaliate in every conceivable manner and with all their right and power.”

—This article was co-written by Dion Nissenbaum.

Sune Engel Rasmussen may be reached at [email protected]