The FBI is looking for the public’s help to solve a decades old cold case. A woman was murdered in her own apartment and left without any sign of forced entry or struggle. Investigators are asking anyone who might know something about this unsolved murder to come forward with information now before it’s too late.

The “cold cases” is a case that has been unsolved for decades. The investigators are seeking public help in solving the case. 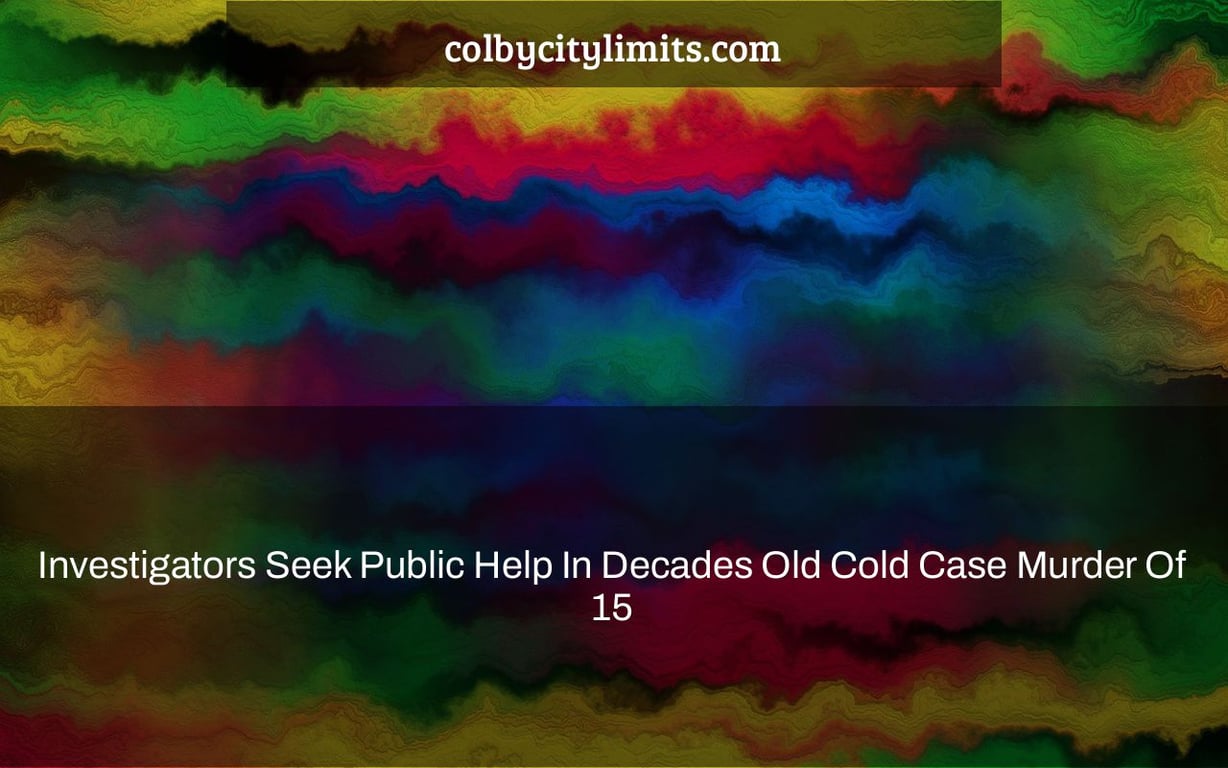 SANTA ANA, Calif. (CBSLA) — Investigators with the Orange County Sheriff’s Department issued a search warrant on Wednesday seeking anybody with information regarding the murder of Kerry Patterson, a 15-year-old Fullerton girl, four decades ago.

READ MORE: In a hostage situation in Montecito Heights, a man kills his grandmother and himself.

Investigators hope that heightened exposure may encourage someone with pertinent information to come forward and produce new leads, despite the fact that there is no DNA evidence or anything else to go on in the 1980 murder.

“The most important thing is that someone out there knows anything about this case,” said City News Service investigator Bob Taft. “Perhaps someone involved said something to someone else, and something stopped them from coming forward at the time.”

“It’s going to come down to someone admitting to the crime at this point.” “This one is particularly challenging since we have no information at this moment,” he continued.

Since the summer of 2019, Taft has been working on the case, he added.

“In the summer of 1980, (Kerry) relocated to the Sunny Hills section of Fullerton,” Taft stated. Her family had just moved there two weeks before to her abduction on June 26, 1980, from Cerritos.

Taft said the youngster had met up with a friend from her former neighborhood at Ice Cream Castle, which is roughly a mile from her house.

The investigator added that one of her pals then gave her a lift on his bike and left her down near Parks Junior High School, approximately a quarter mile from her house, since it was where they had to split up to go home.

On Dec. 27, 1980, a fragment of Kerry’s head, her femur, and two arm bones were discovered in a field near Tonner Canyon and the 57 Freeway in Brea, according to Taft.

A guy suspected to have been in the neighborhood when the teen vanished is seen in this composite sketch. (Orange County Sheriff’s Department)

Someone came forward with information regarding a guy they suspected was in the area when Kerry was last seen in January of last year. A composite drawing was created using a description of the subject. Investigators anticipate that identifying that individual will lead to the discovery of additional leads.

According to Taft, convicted murderer David Campbell claimed in 1994 that he murdered William Raber of Buena Park because he accused Raber of killing Kerry. Investigators think Campbell was lying, and that as an avid news reader, he was able to piece together elements of Kerry’s case from news reports, according to Taft.

Abductions of teenagers were not uncommon at the time of Kerry’s murder.

“Unfortunately, while doing my inquiry, I discovered that young female kidnapping was rather widespread in Southern California,” Taft added. “There were a number of guys convicted of murdering adolescent girls.”

Anyone with information can contact Taft at 714-647-7045 or send an email to [email protected] At 855-TIP-OCCS, Orange County Crime Stoppers will accept anonymous tips.

MORE NEWS: Residents near the Bobcat Fire Burn Scar are on high alert as rain sweeps over the Southland.

(CBS Broadcasting Inc., Copyright 2021, All Rights Reserved.) This article was written with the help of City News Service.)