The NFL has a lot of good running backs this year, but it’s tough to say which five will be the best. Five fantasy football experts weigh in on their top choices for this season and beyond. 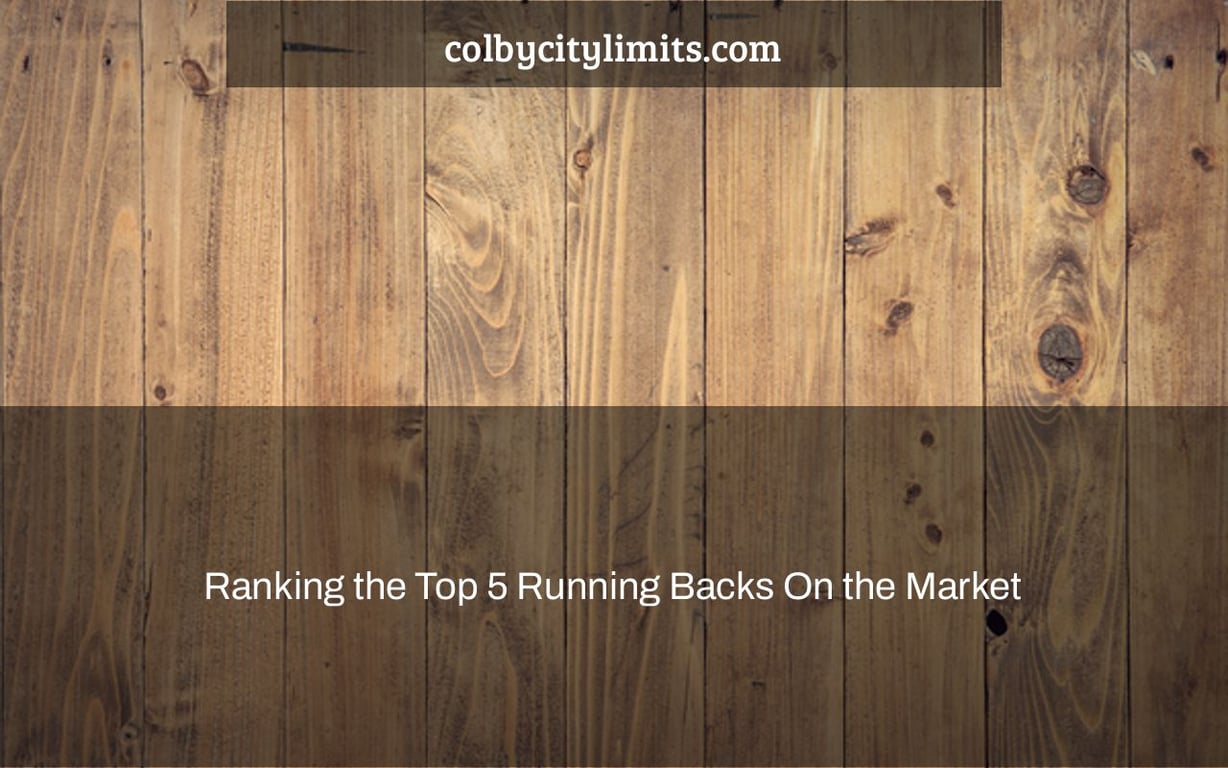 It’s time to look forward to the 2022 offseason now that the NFL season is officially finished. Front offices throughout the league will work feverishly to assemble teams capable of hoisting the Lombardi Trophy at the conclusion of the season. There are a lot of good players in the 2019 NFL free agency class.

Several clubs are expected to be interested in improving at running back. The class of 2022 has a diverse group of ball carriers with distinct skill sets. In the offseason, who should you keep an eye on? When free agency begins, these are the running backs who should be on every team’s radar.

Raheem Mostert is certainly deserving of mention. The 2021 season of the San Francisco 49ers tailback was cut short in the season opener against the Detroit Lions. He needed surgery to repair chipped cartilage in his knee, which forced him to miss the rest of the season.

Mostert’s free agency possibilities will be heavily influenced by his recuperation. He has the potential to be one of the NFL’s most explosive running backs if he stays healthy. Kyle Shanahan’s offense has benefited greatly from the 29-year-old. The development of rookie Elijah Mitchell, on the other hand, may make it easier for the Niners to let Mostert go.

Chase Edmonds of the Arizona Cardinals is ranked fifth.

Chase Edmonds’ 2021 season didn’t go exactly as planned. With Kenyan Drake joining the Raiders, Edmonds seemed to be in line to take over as the Arizona Cardinals’ starting quarterback. However, due to injuries and the emergence of another player on this list, he was forced to take a step back.

Edmonds, on the other hand, might be one of the most valuable NFL free agents this summer. In 12 games, the fourth-year running back rushed 116 times for 592 yards and two scores. He also had 43 receptions for 311 yards. Edmonds may never be a workhorse, but he has proved that when given the chance, he can make spectacular plays.

Melvin Gordon III has bounced back wonderfully with the Denver Broncos after falling out of favor with the Chargers. In 2020, the veteran running back rushed for 986 yards and nine touchdowns. In the next season, he had 918 yards and eight touchdowns.

While Gordon has been a good player in Denver for the last two seasons, it seems that the organization will soon give over the reins to Javonte Williams. In his freshman season, the North Carolina product showed promise. If the Broncos decide not to re-sign Gordon, his abilities and experience may be useful to another team.

Depending on how you see Cordarrelle Patterson’s role on the football field, you may justify rating him even higher on this list. He was employed as a wide receiver and return specialist before the 2021 season. However, Arthur Smith and the Atlanta Falcons began to line him up more in the backfield, and it turned out to be a wonderful match.

On 153 carries, Patterson ran for 618 yards and six touchdowns in 2021. He also had 52 catches for 548 yards and five more touchdowns. One of the most desirable free agents on the market may be the Falcons’ Swiss army knife. In the appropriate offensive plan, his particular skill set might flourish.

With James Conner, one of the most famous NFL free agents last offseason, the Arizona Cardinals received more than they asked for. The former Pitt Panther began his NFL career with the Pittsburgh Steelers, where he spent the first four seasons of his career. Injuries appeared to have derailed his progress. That was until the offseason of 2021, when he joined with the Cardinals.

In the 2021 season, Conner ran the ball 202 times for 752 yards and 15 touchdowns. Kliff Kingsbury also used the 26-year-old running back prominently in the passing game. Conner hauled in 37 passes for 375 yards and three touchdowns. Conner split touches with Chase Edmonds while he was healthy, but he was virtually solely the goal line back.

Without Leonard Fournette, the Tampa Bay Buccaneers would not have been as successful as they have been the previous two seasons. The LSU product showed off his flexibility by teaming up with Tom Brady in the backfield. On 180 carries, he ran for 812 yards and eight touchdowns in 2021. Fournette also had 69 receptions for 454 yards and two touchdowns.

After his success the last two seasons, Fournette might be a desirable commodity in the 2022 summer. With his punishing running style, he sets the tone, but he can also grab passes out of the backfield with precision. With the proper components in place, he can still function in a workhorse position at 27 years old. Fournette should be the finest free agency running back available among all NFL free agents.

RELATED: Ranking the 6 Players the Cincinnati Bengals Must Target in the 2022 NFL Free Agency

A: The best running back in the NFL for 2022 is none other than Dallas Cowboys RB Ezekiel Elliot.

Who is the best RB right now?

A: Right now, I would say that the best RB is Diego Godin.

Who is the number 1 RB in the NFL?

A: The number one running back in the NFL is Saquon Barkley of the New York Giants.

What Is the Elam Ending and How Does It Work?