Slavery is abhorrent to be human. The abolishment of slavery was a hugely important step for the progress of society, and humanity as a whole. However, there are still plenty who support so-called “modern day slavery”. This includes people not being able to leave abusive relationships because they fear what may happen if they do, or those under debt bondage in countries like India with no legal recourse available

Slavery is a controversial issue that has been debated for centuries. The topic of slavery is discussed in the context of Atlantic Exchange. 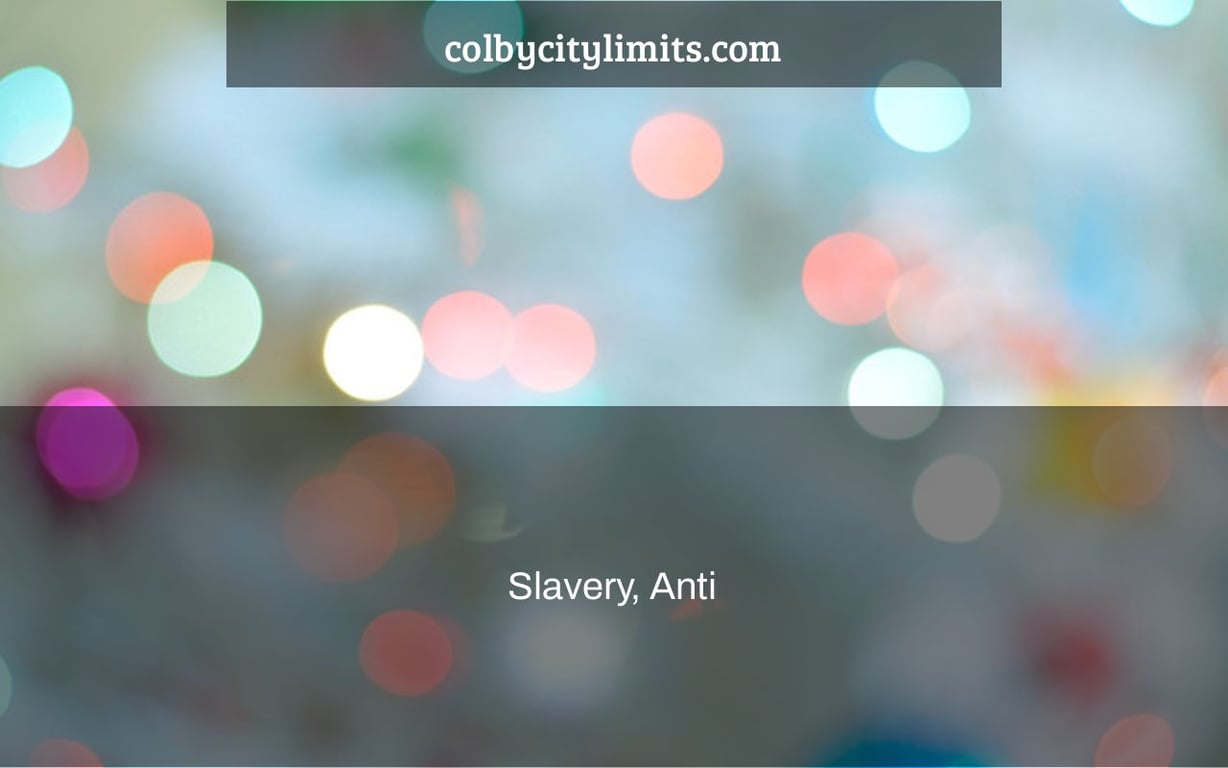 The Harvard University campus in Cambridge, Massachusetts, on July 16, 2019.

Between 1636, when Harvard was established, and 1783, when Massachusetts abolished slavery, the university’s teachers, staff, and officials kept more than 70 African slaves, according to a new study, “Harvard and the Legacy of Slavery.” According to President Lawrence Bacow, the institution plans to devote $100 million of its endowment to address “the enduring corrosive impact of those past practices on people, Harvard, and our society.”

When persecution strikes anyplace on the planet, a Harvard Crimson editorial speaks with even deeper moral conviction about the longing for proper justice that spreads “like wildfire.” To make amends for past wrongs, the editors propose boycotting, divesting from, and sanctioning Israel, which is accused of pushing “Palestinians toward indefinite statelessness, combining ethnonationalist legislation with a continued assault on the sovereignty of the West Bank through illegal settlements, complicating [sic] the prospect of a two-state solution.”

Despite variations in literacy and goal, the president’s and students’ programs are startlingly similar. Addressing real distress—in the instance of American blacks in one example, Palestinian Arabs in the other—both gestures misidentify the reason and make it hard to improve dismal circumstances by misdirecting blame.

Although black Americans continue to suffer with the corrosive repercussions of slavery, Harvard’s administration would not have inserted itself into the situation by misappropriating blame for actions it did not do in the past unless it intended to mask the wrongs it is committing now.

Citizens in the America we inherited are responsible for their behavior, not institutional history. Harvard conducted the arduous task of conveying the basic values and texts of our nation to people who must inspire and empower the next generation of Americans for far longer than it housed slave-owners. A true investigation would have included professors who taught and students who battled to end slavery, with 117 of them dying in the process.

Self-blame is a way to avoid moral responsibility and, in this instance, the university’s rightful mission. Harvard has injured African-Americans—and every other minority—by violating the Civil Rights Act of 1964, which prohibited racial discrimination retroactively, in what Martin Luther King Jr. termed “a second liberation.” Harvard has leveraged group preferences in recruiting and admissions rather than fostering an integrated intellectual community. The ensuing racial conflagration should have prompted an assessment of the relationship between stated goals and their consequences. Instead, Harvard plans to increase its misguided kindness.

Harvard is now attempting to placate the drive to shame white Americans into self-renunciation by compensating even more. It so undermines the school’s founders, graduates, and descendants of slaves who understand that self-reliance is the only cure to slavery. African Americans lose agency as a result of the emphasis on white guilt.

False expiation also obscures the “hateful sport of victimology,” which turns “a terrible history into a game of recrimination,” as one brave Harvard professor put it. That sport, which was formerly sponsored by a few opportunistic black leaders and was used against Jews, has now become the most popular grievance movement on campus. When Harvard Professor Henry Louis Gates bemoaned anti-Semitism in 1992, it was already a problem. Rather of investigating anti-stratospheric Zionism’s ascent, Harvard is erasing Jewish prominence (removing the term “Semitic” from the name of a museum designed to illustrate the shared origin of “three Abrahamic religions” in 2020, for example). Meanwhile, thuggish students at Harvard are free to abuse Israeli speakers.

In the case of the Crimson editorial, Arab victimization at the hands of Jews is the most audacious political reversal since Wilhelm Marr preached anti-Semitism to prevent Jews from “conquering Germany from within.” The land area occupied by the 21 Arab nations is 640 times that of Israel. In 1947, the Arab League, not the Jews, refused to divide Palestine, ensuring that their refugees would remain a constant casus belli. The editors of the Crimson can’t use incompetence as an explanation for their slanders unless they say they were accepted with special consideration for underachievers.

I had the honor of teaching at Harvard for 21 years, and my appreciation is not reduced by my disappointment at watching this magnificent institution fall to views that, if allowed unchecked, may bring the nation down. Harvard was tasked with the maintenance of these principles, which were predicated not on slavery but on human value. May it still astound us by regaining its moral compass.

Ms. Wisse is a Harvard professor emerita and the author of “Free as a Jew,” a memoir.

Despite repeated threats to “our democracy,” a November political fix will not undo the harm progressives have done to the United States. Images: Getty Images/MG21/The Met Museum/Vogue Composite: Mark Kelly

The “anti slavery policy” is a policy that was created to stop the practice of slavery. This is a global movement that has been going on for centuries. The United States and other countries have made it illegal to own, buy, sell, or trade slaves.

How New Tech Advancements Are Protecting Your Finances