Vice Presidential candidate Joe Biden might have forgotten something he’s said before, but his retraction still did not take away from the impact of his words. 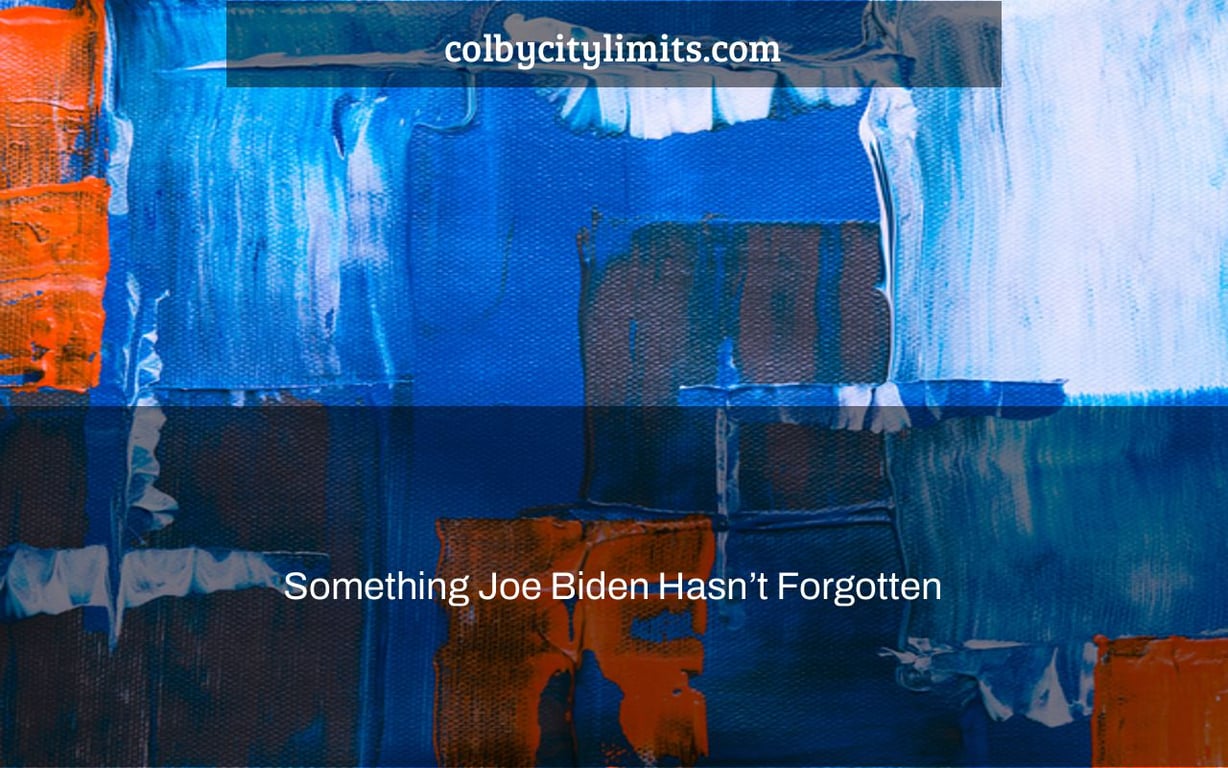 On Monday, President Joe Biden will attend the Business Roundtable in Washington.

Three years ago, this column criticized the Business Roundtable’s decision to modify its principles, which was driven by JPMorgan Chase CEO Jamie Dimon. Mr. Dimon’s notion that a firm should commit to serving a bigger universe of poorly defined “stakeholders” rather than just shareholders was accepted by all but a few of the CEOs of significant companies that make up the group’s membership. These are individuals who have no vested interest in the company and are neither workers nor consumers. Some of the accommodating CEOs may have seen the new statement as a low-cost virtue signal that would create a few days of good press. However, three years later, politicians like as President Joe Biden seem to regard it as a source of leverage.

The rewrite by the Business Roundtable was a mistake because serving the long-term interests of shareholders necessitates executives treating non-owners fairly—to attract and retain a talented workforce, to provide good value for consumers, to deal fairly with suppliers, and to respect the laws and customs of the countries in which a company operates. “Stakeholders,” on the other hand, are often activists pursuing political objectives that they were unable to convince voters to endorse and for which they will not be held liable. There’s no reason to prioritize their grievances above the needs of consumers, employees, owners, and voters. More than half a century ago, Milton Friedman, who would go on to earn the Nobel Prize in economics, exposed the faults in statements like Mr. Dimon’s:

What does it mean for a corporate leader to have a “social duty” as a businessperson? If this comment isn’t pure hyperbole, it must imply that he’ll behave in a manner that isn’t in his employers’ best interests.

Unfortunately, Mr. Biden does not seem to be willing to let the Business Roundtable off the hook with empty rhetoric. On Monday, he paid a visit to the organization’s Washington headquarters, where he urged the gathering CEOs to prepare for probable Russian intrusions before bringing up the Dimon remark. Mr. Biden stated, according to an official White House transcript:

Your organizations realized — or, excuse me, published a statement with practically everyone in this room’s signature in 2019. “America needs an economy that permits each individual to prosper through hard effort and innovation, and to live a meaningful and dignified life,” it adds. It also demonstrated your commitment to investing in your workers and supporting local communities. It was a capitalist remark, not a do-gooder message. In this room, we’re all capitalists. And, in my opinion, you did the correct thing in asserting that position. This was your point of view on how to build long-term, lucrative businesses. And, in my honest view, it is critical that you renew this commitment of importance and pear- — for — prepare for the free world. We can’t afford to favor shareholders above your stakeholders, the environment, your employees, consumers, and the communities in which they live and work. And you’re not doing it, but I believe you have the tendency — would be tempted to do it on occasion.

As usual, it’s impossible to know exactly what Mr. Biden was trying to express. Also, given what we’ve discovered about the Biden family company since 2020, which doesn’t seem to be a free market at work, his claim to be a capitalist is dubious. But the point is that Vice President Biden hasn’t forgotten about the corporate rhetoric. He went on to suggest that the CEOs adopt certain steps, including:

…to invest in America, in manufacturing, climate resilience, and renewable energy, so that America can compete in the twenty-first century. It also won’t harm your business or the economy. It will enable us continue to expand while saving expenses and reducing the deficit.

Mr. Biden may recall the 2019 Business Roundtable comment, but he seems to have forgotten the issue that nations like Germany caused for themselves by adopting costly green energy delusions that left them dependant on Russian petroleum. He also seemed to have forgotten how moderate senators rejected his multibillion-dollar Build Back Better proposal because of the bill’s pricey climate policies due to sticker shock.

Mr. Biden seems to be saying that a huge shift away from fossil fuels is not only cost-free, but also saves money for investors and taxpayers. Of course, if this were the case, he would have no need for his climate agenda—or for pressuring CEOs to transform a vague statement into actual expenditure.

One of the last of the bitter-enders who forced youngsters to wear face masks has proclaimed his desire to retire from the struggle. The New York Post’s Bernadette Hogan and Sam Raskin report:

Following weeks of pressure to repeal the contentious law, Mayor Eric Adams stated Tuesday that children 4 years old and younger would no longer be compelled to wear masks in public schools and day care facilities. Adams stated during a news conference that if current COVID-19 statistics continue, the face-covering rule for the Big Apple’s youngest would be lifted on April 4. “If the figures continue to demonstrate a minimal level of danger,” he told reporters at City Hall, “masks will be optional for 2- to 4-year-old youngsters in schools and day care.” “We want to see the faces of our children.” “It’s time to peel back another layer,” says the narrator.

There was never a decent moment to hide our children’s faces, and we’re grateful that the mask restrictions are finally coming to an end. Thanks, in particular, to the tenacity of responsible people. Reuven Fenton, Jackie Salo, and Jorge Fitz-Gibbon of the Washington Post reported two days ago:

On Sunday, about 100 parents and their children gathered at City Hall Park to protest Mayor Eric Adams’ mask requirement for children aged 4 and under, requesting that the city “unmask our toddlers.” Given local COVID-19 rates decreasing and high vaccination levels among the far more susceptible elder population, the demonstration was just the latest example of intense reaction from Big Apple parents who want City Hall to repeal the rule on children. “[The requirement] isn’t based on science.” This is an outright denial of science. This is playing us for fools,” said protest attendee Daniela Jampel, a 38-year-old mother of three from Washington Heights, including a 4-year-old in public pre-K.

“The Cost: Trump, China, and American Revival” is co-authored by James Freeman.

(Teresa Vozzo contributes to the compilation of Best of the Web.)

CJ McCollum Makes Bold Proclamation About the Future of the Pelicans