Mohammed bin Zayed was appointed the new leader of United Arab Emirates, following his half. Mohammad bin Zayed has been in power for more than a year now and is known as the “King of Abu Dhabi” for his vast wealth and influence. 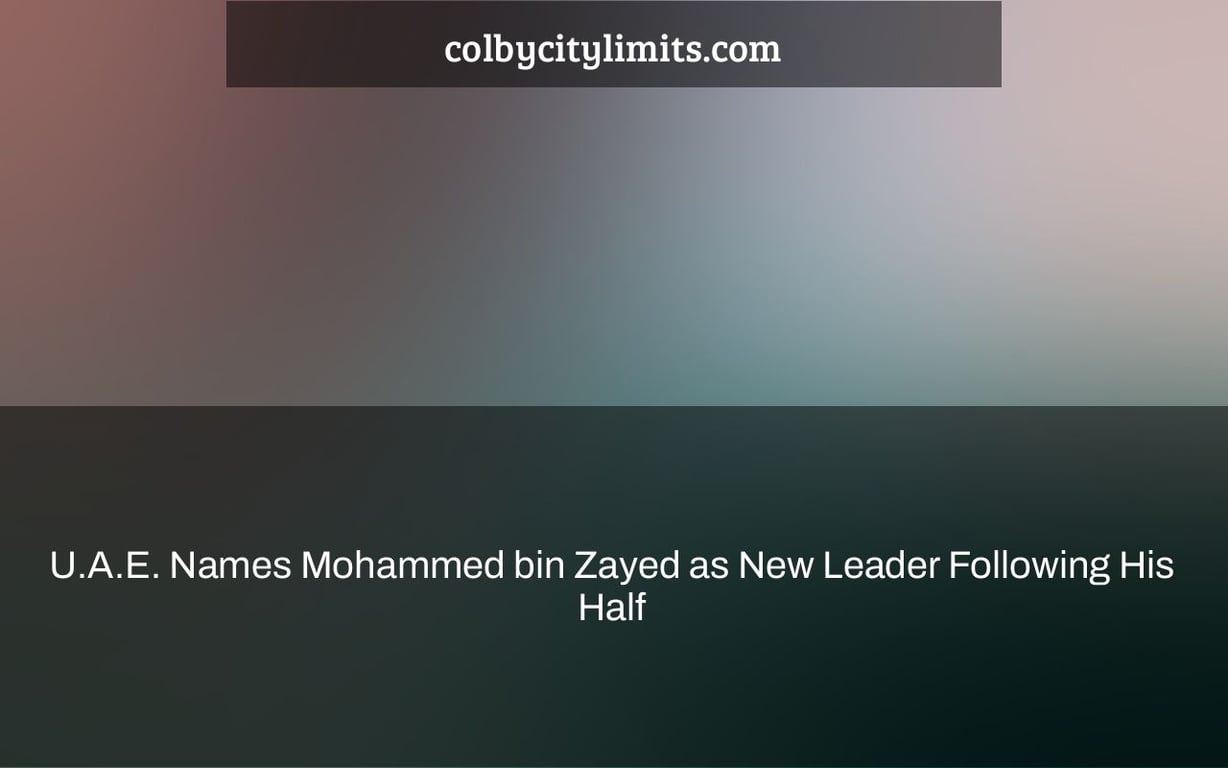 Following the death of his half-brother, the United Arab Emirates chose Mohammed bin Zayed al Nahyan as its next president, elevating the Abu Dhabi crown prince after almost a decade as the country’s de-facto ruler.

The shift in leadership is unlikely to have immediate political or economic consequences for the UAE, since Sheikh Mohammed has led the country’s domestic and international policies for years, with a group of influential brothers and other federation officials.

Sheikh Khalifa, the incoming leader’s half-brother, died the day before. After having a stroke in 2014, he had surgery and was seldom seen in public after that.

Sheikh Mohammed, who is 61 years old, has since urged the UAE to become more outward-looking. The nation has participated in regional crises, used its massive oil resources to purchase influence overseas, and positioned itself as the Middle East’s business capital, providing a lifestyle similar to that of the expatriates who make up nine tenths of the population.

Sheikh Mohammed, often known as MBZ, is generally regarded as the driving force behind the country’s decision to establish diplomatic ties with Israel and attempts to urge the United States and other countries to restrain what he sees as Iran’s expansionist Middle East strategy.

Since Russia’s invasion of Ukraine, the United Arab Emirates has attempted to play a neutral stance, criticizing Russian activities but avoiding US and European sanctions and staying accessible to Russians seeking sanctuary or transferring cash.

The death of Sheikh Khalifa has resulted in a leadership transition in the United Arab Emirates.

According to Russia’s TASS news agency, Russian President Vladimir Putin remarked in a statement to Sheikh Mohammed, “I am certain that your leadership will further deepen the cordial Russian-Emirati ties and mutually beneficial collaboration.”

The United Arab Emirates’ stance on Russia has strained relations with the Biden administration, raising fears that the nation would become a conduit for sanctioned Russians.

According to The Wall Street Journal, the White House attempted unsuccessfully to arrange a call between President Biden and Sheikh Mohammed, as well as a separate call with Saudi Arabia’s de-facto leader, to build international support for Ukraine and contain a spike in oil prices, following the invasion.

Iran has been at the heart of the UAE’s dissatisfaction with its relationship with the US. The Emiratis claim they’ve communicated their worries to US officials over what they regard as the US’s muted reaction to missile attacks in Yemen by Iran-backed Houthi terrorists against the UAE and Saudi Arabia earlier this year.

Officials in the United Arab Emirates have also expressed alarm about the possibility of reviving nuclear talks with Iran, which have lately stopped.

Sheikh Mohammed takes office as president as the United Arab Emirates reaps the benefits of rising oil prices, which have risen over $100 for the first time since 2014 and are expected to support the country’s robust economic development in the coming years.

“They’re raking in oil income, and the real-estate market is bouncing again, thanks to Russians and others looking for a safe haven in the UAE,” said David Butter, a Middle East politics and economics specialist at Chatham House in London. “On the negative side, future volatility is a possibility.”

Sheikh Mohammed was born in 1961 and received his education and training as a pilot at the Royal Military Academy at Sandhurst in the United Kingdom. He then served in the UAE military. The UAE military became one of the most powerful in the Middle East under his leadership, with Emirati soldiers participating in regional conflicts such as Afghanistan.

Sheikh Mohammed’s successor as Crown Prince of Abu Dhabi has yet to be named.

Sheikh Mohammed has sought to portray the UAE as a mediator during the last 18 months, shifting away from a more active foreign policy in which it engaged crises such as Yemen, Syria, and Libya.

Sheikh Mohammed visited Turkey last year, aiming to mend fences with a Middle East neighbor with which the UAE has had tense relations.

Sheikh Mohammed has also worked to openly improve his ties with Sheikh Mohammed bin Rashid of Dubai, the country’s economic capital and the second most influential emirate.

Rory Jones can be reached at [email protected]

Sheikh Mohammed bin Zayed Al Nahyan is the new leader of the United Arab Emirates. He was named as a result of his half-brother’s death in October and will be serving as president until at least 2021. Reference: who is sheikh mohammed bin zayed.

Fix: The King of Fighters XV Keeps Crashing on PC

How to Install Freevee on Apple TV? [Updated 2022]